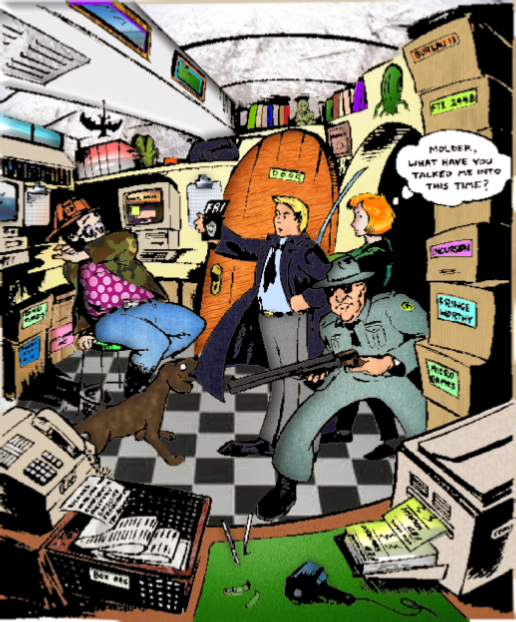 *With Robert Saddler and Kevin Dockery. 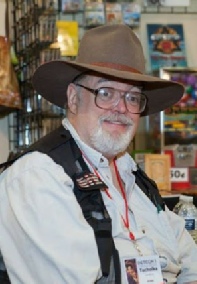 Richard Tucholka was an amazingly creative individual who traveled SF Conventions for more than thirty years. You can tell he was destined to be a SF and horror fan by his last name, which is a variant of the name of the Etruscan demon Tucholcka, the Ferryman of the Dead.

Tucholka has been called "one of the unsung heroes of Role Playing" and "Michigan's Gaming Guru". Knights of the Dinner Table (KotDT) voted him “one of the top 20 RPG game designers, one of the good guys, and lucky to rub your dice on”.

You may know him more for his work in the creation of the Role Playing game Bureau 13: Stalking the Night Fantastic, voted Best Fantasy RPG of 1991 by the RPGA Network at Gencon.  Classic RPGs designed by Tucholka include The Morrow Project*, Fringeworthy, FTL: 2448, Incursion, and Hardwired Hinterland. In his last years, he added Cloisters, Huradicator and Murderhoof to his body of work. 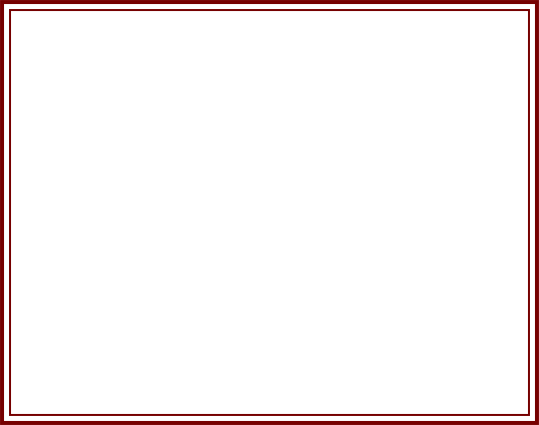 Richard Tucholka, the founder of Tri Tac Games, recently passed away after a two-year battle with cancer.

What Richard wanted more than anything else was for Tri Tac to live on. Those of us who loved him are doing our best to ensure the survival of his legacy.

In the months before Richard died, we had begun revising many of Tri Tac’s older  works, updating the formatting of books that had been split into multiple PDFs, making corrections where appropriate, and adding modern amenities such as bookmarks.  These updates are scheduled to be released as soon as the last proofreading is complete.

We are also working toward bringing out new materials. Several of Richard’s incomplete projects are being moved to the front burner and we are also looking at the possibility of new works of fiction set in Tri Tac’s universe.